Next year, SeaWorld San Antonio will debut Wave Breaker: The Rescue Coaster, the first of its kind in North America.

Themed to marine animal rescue missions, Wave Breaker will feature many elements inspired by jet skiing, including two launches and many over-banked turns. Riders will board the coaster’s unique jet ski trains in a leaning position similar to motorbike coasters. 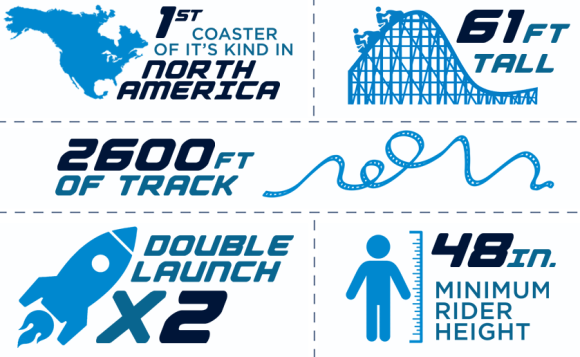 Designed by Intamin, Wave Breaker will be the manufacturer’s first coaster built in the United States since 2012. If this coaster turns out to be a success, will more US theme parks begin installing Intamin models again? It will be interesting to see.

What do you think of Wave Breaker? Share your thoughts in the comments section below.

Read next: Electric Eel Coming to SeaWorld San Diego in 2018